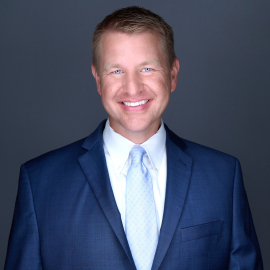 Matthew D. Saneholtz, CFA, CFP®, EA serves as a Senior Wealth Advisor and co-owner of the firm.  During his almost two decades at Tobias Financial Advisors, Matthew has tackled a wide range of duties. Among his many responsibilities at the firm, Matthew provides financial planning and investment advisory services to our broad client base.

While employed with Tobias Financial Advisors, Matthew has pursued and secured several prestigious designations.  These credentials allow him to uniquely service our clients’ financial needs.  In 2008, Matthew earned the certification of CFP® Professional. In 2011, Matthew achieved the right to use the Chartered Financial Analyst designation. This designation is widely regarded in the global financial market for its rigorous focus on current investment knowledge, analytical skill, and ethical standards. With less than 200,000 CFA charterholders worldwide, this is truly a mark of distinction. Since earning this designation, Matthew has been a member of the CFA Institute and the CFA Society of South Florida. In 2012, Matthew attained Enrolled Agent status, which allows him the privilege to practice before the Internal Revenue Service.

Along with his involvement in the CFA groups, Matthew is a current member of The National Association of Personal Financial Advisors and The Financial Planning Association. Matthew is also active in The Rotary Club of Weston where he continues to chair their annual Get Fit Challenge, spreading a message of health and wellness across his community. Additionally, Matthew is active in spreading allergy awareness and in 2018 was the co-chair for the Food Allergy Research and Education’s (FARE) Southeast Florida Food Allergy Heroes Walk. Previously, Matthew served as president (2012) of The Financial Planning Association of Greater Fort Lauderdale. As well, Matthew is active in the Carnegie Mellon South Florida Alumni Chapter.  He remains quite proud of his days as a Carnegie Mellon Tartan and his role as team captain on the University’s football team. Matthew earned his B.S. at Carnegie Mellon in 2002 with a double major in Finance and Economics.

Matthew has been quoted in the Wall Street Journal, South Florida Sun-Sentinel, the Miami Herald, InvestmentNews, Marketwatch, NerdWallet.com and on CNBC.com. Additionally, Matthew has appeared on a CBS4 (WFOR-TV) news report, South Florida’s local CBS affiliate, participated in CBS4 Neighbors for Neighbors Financial Advising Phone Banks, and was featured on an episode of Joy in Our Town produced by TBN (WHFT-45) Miami.

When Matthew is not helping clients master their financial lives, he enjoys spending time with his wife and two daughters, traveling, and enjoying a wide variety of sports and recreational activities.