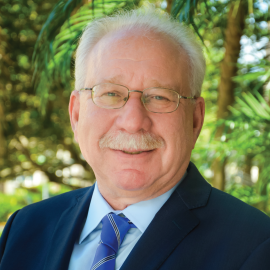 Tobias has given back extensively to his chosen profession. Nationally, he served over a period of nine years as a volunteer, Board member, and chair of the Disciplinary and Ethics Commission (formally known as the Department of Processional Review) of the Certified Financial Planner Board of Standards in Denver, Colorado. Locally, he served in various positions, including president of the Financial Planning Association of Greater Fort Lauderdale, as well as president of its predecessor organization, the South Florida Society of the Institute of Certified Financial Planners.

His professional and trade organization memberships include the National Association of Personal Financial Advisors, American and Florida Institutes of Certified Public Accountants, and Aegis Wealth Management Study Group. Tobias has been a member of the TD Ameritrade Institutional Advisor Panel from 2005 through 2013 and served on the TD Ameritrade Institutional President’s Council.

Tobias is also a past chair of the Investment Committee of the Jewish Community Foundation of the United Jewish Community of Broward County, Florida. He is a charter officer and past president of the Rotary Club of Pembroke Pines. Together, Ben and his wife Barbara are sponsors of Reflex Sympathetic Dystrophy Syndrome Association’s (RSDSA’s) young investigator grant and promote awareness for Complex Regional Pain Syndrome (CRPS) in loving memory of their daughter, Rachel.

Tobias has been quoted frequently in numerous publications as well as nationally syndicated columns, including the Wall Street Journal, the New York Times, the International Herald Tribune, the Chicago Tribune, and the Washington Post. He has also been quoted in the Miami Herald, the Sun Sentinel, Investment Advisor, and TheStreet.com. Additionally, he has appeared in financial planning magazines and professional journals such as the Journal of Financial Planning and Medical Economics. He has been a guest on television and radio including PBS’s Early Morning and Evening Business Report, and appeared on WPLG, Channel 10, Miami/Fort Lauderdale’s local ABC affiliate, and WIOD radio.

Tobias is a graduate of the Bernard M. Baruch College of the City University of New York with a bachelor of business administration in accountancy. In the many years since graduation, he acquired various certifications and or designations, including Certified Public Accountant, Certified Financial Planner®, and Personal Financial Specialist.

Due to his expertise in the field, Tobias was asked to participate in the filming of an internet series on MSN.com, The Invested Life, discussing investments and financial planning concerns. This program strives to educate the public through interactions with real people in authentic circumstances.