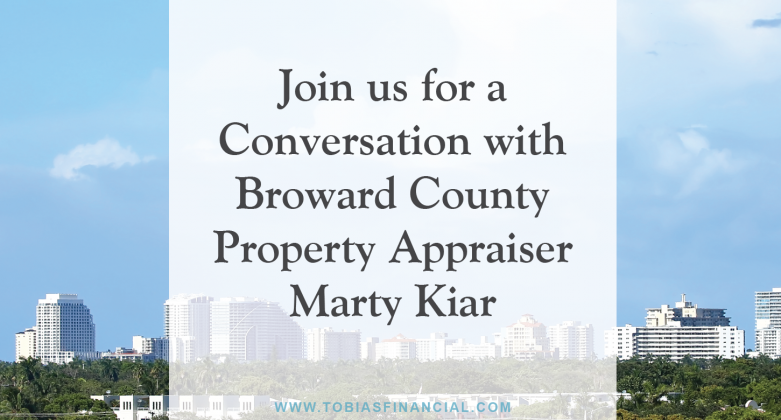 Martin “Marty” Kiar is a lifelong Broward County resident. Having been born and educated in Broward County, his roots run deep in this community. After completing high school, Marty earned his Bachelor of Arts degree from Palm Beach Atlantic University and went on to graduate Magna Cum Laude from Nova Southeastern University with his Juris Doctorate. His path to public service began when he was appointed to the Town of Davie School Advisory Board, Town of Davie Airport Advisory Board and the Broward County Housing and Finance Authority. Marty went on to serve as the Assistant Town Attorney and Assistant Municipal Prosecutor for the Town of Davie.

Marty lives in Plantation with his wife, Kelly, a University of Florida graduate and primary school teacher. Together, they have two daughters, Brianne and Camryn. Rounding out the Kiar family are Cooper and Rocky, a dog and cat respectively.

Broward County, FL, Flordia, homestead
Tobias Blog
The Tobias Financial Advisors Blog provides important financial planning resources, news, and updates for our clients and for our community.
SIGN UP FOR OUR NEWSLETTER
Learn More
VIEW OUR FULL BLOG
SEE US IN THE NEWS
Recent Posts
Categories